The store will not work correctly in the case when cookies are disabled.
Learn a Language While You’re Sleeping

Learn a Language While You’re Sleeping

You must be very confused by the title but hear us out on this; you can learn a foreign language while you’re sleeping. The only catch is that you cannot learn new words/phrases but can reinforce your learning and recall of words that you’ve already read before.

So how does sleep learning work? Well just put on your headphones, play on a sound clip of the foreign language you want to learn and then just simply sleep. You will wake up to a better recall and understanding of what you have learnt while you were sleeping. However, your mind should not be disturbed during this process because any words learnt will be lost and you would have to start again. This disturbance can be anything but mostly it is any new words.

Still don’t believe us? We have science to back this up. In an experiment conducted in 2015, scientists were able to prove how sleep learning can improve retention of foreign languages. Native German speakers were asked to study some basic Dutch words. The sample was divided in to two groups and both were asked to sleep. One group was exposed to the sounds of words learnt earlier while the other group was not exposed to any sounds. Later on, the group that was exposed to sounds was better able to identify and translate Dutch words as opposed to their counterparts.

Similarly, the group that was exposed to sounds when sleeping was compared to another group that did not sleep but had learnt the same Dutch words beforehand. The group that had slept performed better in terms of recall and translation than the group that was awake. This increased learning and retention is because any re-exposure to memory cues (sounds in this case) while sleeping will substantially improve memory recall.

We’re sure that you’re sold on the idea of sleep learning. Since now you know you can learn languages in your sleep, then which foreign language are you going to master in?

Next Article: Why You Should Always Dream Big 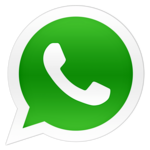